If you are like me and like to read first thing in the morning, this chapter’s first sentence will wake you up! Adam had sex with Eve!! Hello, I wasn’t ready for that. This being the first time a couple did that, there was no one to warn them of the results of having “relations.” Anyway, the next 9 months must have been pretty weird as Eve’s belly grew Adam was probably freaking out! What is going on?? What is happening to her belly?! I don’t think Eve was freaked out as much because women have this intuition about these kinds of things and probably figured out it wasn’t a watermelon seed that she swallowed like Adam insisted. 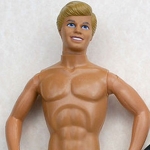 RANDOM THOUGHT—Did Adam and Eve have belly buttons? This is debated all across the world and for 1000’s of years in churches and seminaries, it has divided churches and started the Spanish inquisition! Ok, I made that whole last sentence up, but there is no way Adam & Eve had belly buttons! They had smooth bellies like a

Ken doll with no lint catchers. Deal with it, it’s a scientific fact that no time in a belly = no extension cord to cut = no button.

Back to our Text. Verse 2—I wish I could be a shepherd someday maybe just for a weekend. (If you have sheep and you could make me an honorary shepherd, you should email me!) I think I could shep and enjoy it. Talk about foreshadowing God’s master plan of loving us sheep and rescuing us, here it is with shepherds. Do you remember what David did as a teenager while he wrote all those hit worship songs? (Psalms are songs by the way :)) He was a shepherd hanging out with sheep looking at the vastness of the stars at night.

What about the first guys to hear about Jesus birth? The Messiah, our rescuer is here . . . Shepherds. Check out Luke 2 and see God revealing Himself to the shepherds.

The life of Able & Cain is short and sad. This is the first family ever, so what went wrong? Did Adam spend too much time at the office neglecting the proper training of the boys? Was Eve too busy shopping and working out at the YMCA neglecting Cain’s emotional needs? They didn’t have the crazy hurried life style we have today; they weren’t distracted by TV, computers, texting etc . . . Yet they were still messed up! Why?? Why couldn’t this simple family of 4 love each other, get along and not be jealous and envious? God tells Cain why in verse 7 “sin is crouching @ the door eager to control you.” Just like Peter warns us to “Stay alert! Watch out for your great enemy, the devil. He prowls around like a roaring lion, looking for someone to devour.” (1 Peter 5:8) The reason is sin. When we let sin become our master, it consumes us and destroys our lives. So we need to guard our hearts to keep us out of trouble. 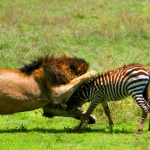 For whatever reason, our families are one of the hardest places to keep peace. It could be the daily exposure to each other or the careful study of what gets on your brother/sisters nerves (Which was the case for me). I would watch and see what set my sister off, and if she messed with me, I would push that button to set her off. Maybe it was a hurtful comment or teasing and tearing her down emotionally. I would push her to the point that she became angry and then she would pounce upon me like a lion and beat the crap out of me! (Don’t laugh! She was 3 years older than me and that girl was tough!) You would think I would have learned my lesson and kept my mouth shut, but alas, I am slow and dim witted.

As we grew up together there was this vicious cycle of insults usually followed by physical violence like the 3 Stooges, where I was on the receiving end of a coke bottle over my head or being kicked through my window shutters. Why? Why was my sister so mean to me? Why couldn’t I keep my mouth shut? It wasn’t my sister’s fault entirely; it was our sin nature rearing its ugly head. I wish I would have studied God’s word and looked at this first sibling rivalry and learned from God’s warning when I was a wee lad. I wish I had seen the wrong done to me and instead of amplifying it to a point where my sin became my master; I would have done the right thing. I wish I could have done the Godly thing and loved her and not stirred up trouble.

Sin. It manifests itself in many ways in our lives and it is what pushed Cain to the point of killing his brother. Sin is the reason I pushed my sister with my hurtful words and it is by God’s grace alone that I lived to make it through my childhood! It is sin that is wreaking havoc in your life as well if you are not careful with your family. Be careful with your words and guard your hearts so that sin doesn’t consume you and ruin your family. Whether its siblings or your relationship with parents, beware, sin is crouching waiting to ruin and devour. Maybe you’re reading this now and realize that it’s time to stop living in strife and warfare with your brother or sister or parents for that matter. I hope you will learn from my mistakes and Cain’s and do the right thing.

At the end of Gen 4, there is a sentence that a first you blaze right over 4:26b. But it struck me that when Adam & Eve had their grandson Enoch from Seth they “began to worship the Lord by Name.” Yehova is the proper name of God here and to me it shows the intimacy between God and his people. This is no sterile deity or cosmic fairy tale; it is a mutual love story between God and His children respond to His love with worship.

How is your family like Adam, Eve, Cain & Able?

What is good in your family? Take a minute to tell your mom/dad/brother/ sister what you’ve read and ask them to forgive you for any hurtful stuff in the past.

Pray and ask God to help your family avoid some of these hurtful conflicts.