Jacob, AKA Israel, calls the whole family together to dispense his final blessing and it doesn’t go as you might think. Reuben was to receive the privilege of the 1st born son, but he had sex with his step mom. Simeon and Levi were rambunctious and played too many violent video games and they disqualified themselves with the slaughter of Shechem and the other men of the village. Judah is the one who gets the best blessing. Yeah the same Judah who said “let’s sell little Joey.” Maybe Joseph never ratted his brother out to their dad when they were reunited in Egypt, I don’t know. Whatever the case, God chose to carry His promise through the line of Judah (verse 10) foretelling of Christ’s eternal reign. 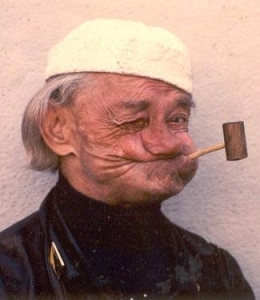 Then there was Zebulun the sailor man toot toot, Issachar the sturdy Donkey, Vote for Governor Dan a politician you can trust. Half way through as Jacob is looking at his 12 boys he says in verse 18, “I trust in you for salvation O Lord!” I’m not sure if this was like saying “God these are a bunch of messed up jokers and I know you said you would make a great nation, but I don’t know how you’re gonna do it with this rag tag bunch, but . . . I trust in you for salvation O Lord!” That seems to fit nicely with the addition of the exclamation mark. I’m pretty sure that was how he was feeling. If it was a reminder for the boys to remember to trust in God’s salvation, there would be no need for the passionate punctuation!

Gad, you’re going to get mugged, Asher will become the next Top Chef, Naphtali was really, really ridiculously good looking and probably the first male model with looks like Blue steel, Ferrari or Le Tigre.

Joseph gets the birthright from Jacob (FFWD to 1 Chronicles 5:2) for all he has been through. We get new names for God here in verse 24 Mighty One, Shepherd, and The Rock of Israel. I don’t think we spend enough time remembering the names God gives us in his Word that describes Him. Other smart people have gone through scripture and counted and they came up with 120 names, titles, descriptions and metaphors of God.

After pointing his boys toward God and blessing them, he “drew his feet into bed and joined his ancestors.” What a great fulfilling life Jacob lived in life and Godly heritage he left in his death. The greatest hope we find here is not in the future of Jacob’s sons, but the hope of life eternal as we pass from this life into eternity with our family that has gone on before us.