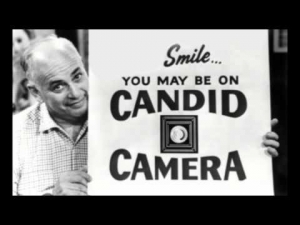 “Joseph could stand it no longer.” The pranks and trickery are now over, and they are about to learn that they have all been “punked” The brothers response to Joseph’s unveiling was classic “they were stunned and speechless.” I’m not sure if Judah wet his tunic here realizing his lies about the bear attack were ridiculous and Joseph had the power to destroy him.

Joseph saw God’s big picture plan and he has to tell his brother repeatedly to ease their fear and tension in the room. I’m sure they felt like they were about to get it from Joseph, but Joseph says “It was God who sent me here and not you!” The deep hurt and pain of family betrayal had washed away with their tears as they embraced one another. Joseph was able to forgive his brother because of the peace God gave Joseph. Joseph had many years of hardship, isolation from his family, slavery, imprisonment and then suddenly going from jail to VP of Egypt. And just as suddenly, Joseph’s brother show up to get some tacos. It’s neat to watch the life of Joseph unfold here with his brothers. There had to be this inner conflict for Joseph to say “I told you that you would bow before me, now clean my toe nails!” I’m sure there had to part of him that wanted revenge for all he had been through at the hands of his brothers and especially Judah.

But God wouldn’t allow the bitterness to fester in Joseph’s heart. You can see the hard process of forgiving someone who had wronged him only through the knowledge of the sovereignty of God.

I don’t know if you have ever been betrayed by someone close to you, but it hurts. Deeply. This is not something you can simply “shake off” overnight. We are called to forgive those that have wronged us in light of the forgiveness we have received from Christ (Col 3:13) and most of us know that, but sometimes forgiveness is tough.

I have always tried to have a forgive-forget policy. Once I say “I forgive you,” I will forever forget it and never bring it back up. I try to not bring up old hurts with my wife so we can heal and grow beyond our mistakes. It has been easier with her because of the mutual love we have for each other. But there have been people in my life who have sought to harm me and hurt me. They were close as a brother and then betrayed me. They sought their own gain with no thought of the pain it would bring me and my family. Much like Judah and his brothers did toward Joseph. Those are the deep wounds that are tough to mend. It takes longer to heal and sometimes the smallest thing can open the wound up again and the healing process has to start over.

I used to believe I was able to instantly forgive-forget any wrong and move on. I have found with the hard road of life, sometimes forgiveness is a cyclical process. By cyclical I mean you forgive someone for the pain they have caused you. You confess you sin to God and ask for healing and you receive peace from God. A real sense of healing and closure and restoration, and then something happens to remind you of the betrayal and you begin the process of forgiving again.

I’m not telling you this is how you ought to live your life; I’m just trying to be real with the process of healing that can sometimes take time. But like we see with Joseph, God is able to erode any grudge Joseph may have built up over the years. That is my prayer for me and for you. I can tell you I have truly forgiven the 1st person, who betrayed me, but the messed up part of life is then I met a different person who wounded me and the process began all over with them. Our lives can be full of hurtful people and we can become jaded grumpy old men, or we can ask God to teach us, heal us, and help us to forgive and truly love those that wound us.

Make allowance for each other’s faults, and forgive anyone who offends you. Remember, the Lord forgave you, so you must forgive others.

Who do you need to forgive today?