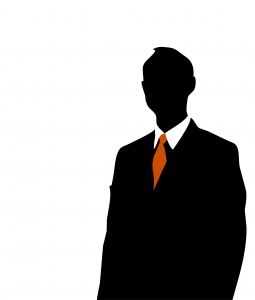 As God’s plan of redemption for his people and specifically Jacob and his family begins to unfold, we see Joseph messing with his brothers. I’m not sure if he was a prankster or if this was out of partial revenge. I lean toward the latter due to the naming of his kids “God has made me forget everyone in my father’s family” and Joseph’s own thoughts of his dream being fulfilled (verse 9). So I bet it felt good to get a little payback on his brothers and he accuse them of working for MI6 aka 006,006.5,008,009.

I love verse 24! The brothers were freaking out and blaming each other for what they did to Joseph and as Joseph listened to them he broke down. The pain and bitterness that had been building up for decades crumbled when he was finally face to face with his family who had betrayed him. Maybe up to this point Joseph was planning on killing his brothers and getting the revenge/justice for how they had wronged him. But before he could go any further, God broke his heart in verse 24

I’m not sure why Joseph chose Simeon. I looked and all I could find was he was 2nd born from Princess Leah. It was a nice touch tying him up in front of his brothers to put the fear into them and it obviously worked.

Verse 21 & 28 says something about the brother’s theology. They were under the impression that God is a tricky vengeful god. They thought they were being punished for their betrayal of Joseph and then when they find the $ in the grain, they blame God! In all fairness to them, I guess that is a normal response. When things go awry in our lives, we are quick to point the finger at God. Sometimes there is sin in our lives that we deserve and need to be disciplined in order to repent. But often times, like the 9 band of brothers here, we get easily scared of our circumstances and focus so intently on the one puzzle piece of life before us, we can’t see the big picture. These brothers couldn’t see God using Joseph to bless his brothers and father through all this. They only had the moment before them and the same is true for you and me.

I would love to have a book about my life and family that I could read and know how things are going to turn out. Will I struggle financially? Will my daughters marry Godly men? Will I lose my job, my hair, my wife and will I become a hobo on roller skates in Miami Beach? ’cause let’s be honest if I’m going to be a hobo, I want to be one where it’s warm and I can work on my tan.

We all have fears and anxiety in life because we don’t know how our story will unfold. But as Christians, believers in the God of the galaxies, we have those fears sustained. Note that I didn’t say all our fears go away and everything is perfect. There is no “health and wealth” prosperity message in the life of Joseph. If that is what you see, you are missing the point of God’s bigger plan. Joseph suffered for decades and through it all, God was with Joseph and he knew that God was with him and it sustained his fears and pain. God held Joseph up through it all and the God of Joseph is the same God who will hold you up and carry you through the tough stuff of life.

Would you like to a have the book of your life so you could see what was next?

When someone does you wrong, what is your natural response?

Revenge or do you try to work it out?