47 I said a Pharaoh Pharoah 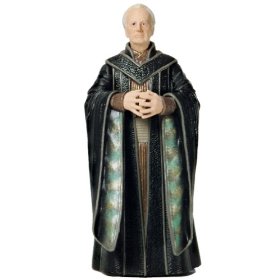 Jacob goes with Joseph to meet Pharaoh and verse 7 is funny to me. Imagine you get to go meet the President or Supreme Chancellor of your day. It’s an honor, a big deal, they probably had to go through a lot of security, like Pharaoh’s guards, an invasive pat down, metal detector, Cat scan . . . get it, Cat scan ’cause the Egyptian liked cats so much. I’m sorry about that one, it was extra corny. I promise it won’t happen again!

So they go in to meet this all-powerful important man and it doesn’t go like I would expect. You might expect the King to look down to the lowly Hebrew and say some kind words or something, but nope. As soon as Jacob meets Pharaoh, Jacob blessed Pharaoh! How awesome is that! You might expect it to go the other way around, but honestly what could Pharaoh have blessed Jacob with? Pharaoh was most likely a worshiper of the sun god Re, so the only blessing he could have offered may have been “May my god Re give you a deep dark tropical tan.” While Jacob’s God was the God of the universe who had mucho power over all of creation including the sun and the stars. So it isn’t that odd after you think about if for the blessing to flow from Jacob to Pharaoh because that is the only direction it could go. So Jacob blessed Pharaoh, twice.

Joseph was a master economist and Chairman of the Egyptian Federal Reserve. Literally because he was responsible for all the food saved up in the reserve and now he was passing it out. The Egyptians eventually ran out of horses and $$ and land to offer Pharaoh for food until they had given it all and Pharaoh now owned everything. He had all the $, livestock, land and all the people and you thought your taxes were bad! This was the greatest land acquisition before the Louisiana Purchase! But there was an exception to all of this. Who still had all their livestock, land and freedom? The Israelites and the Priest. As chapter 47 closes, we see that awkward handshake again “put your hand under my thigh and swear.” Can you see bankers and businessmen doing that today? Ha!

Joseph was a hard worker and God blessed him and the entire nation of Egypt through Joseph. Are you a hard worker?

Do your parents, teachers, or boss notice you work hard all for the glory of God?